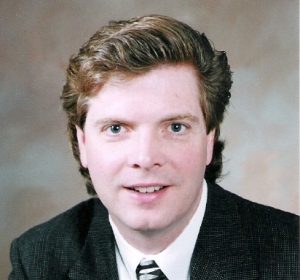 Dr. Page has been an Optometrist for more than twenty-five years. He has devoted his career to finding a better way. His grandmother was blind for the last five years of her life, and after he became a doctor, his father went blind in one eye. One of his older brothers had his retina tear in two places.

Dr. Page is passionate about protecting his family’s and his patients’ eyes for a lifetime of good vision. He and his wife Gina are the proud parents of five rescue dogs and one rescue cat, and they all get along amazingly well.

He has also been voted as Phoenix's Best Optometrist and one of Phoenix's Best Businesses. He has also appeared on ABC 15 News, Fox 10 News, and Arizona Channel 7. He has been published in the Arizona Republic and the Ahwatukee Foothills News. He has also been a part of the Orthokeratology Boot Camp at Vision By Design. He co-authored Get Published And Grow Your Business, which became an Amazon Best Seller. He has appeared on KFNX Radio and Leading Experts TV Show. He also served as an FDA clinical Investigator for contact lenses. He enjoys playing golf with his dad and brothers, skiing with his friends, traveling to family events, reading and spending time in Maui with his wife. He started Arizona's Vision in 1994.